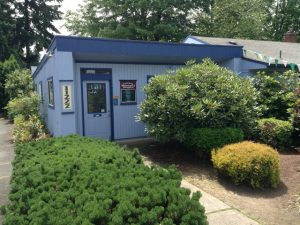 There has been a Gateway Veterinary Hospital in the Gateway area since the 1970’s. Originally the clinic was on 122nd at the site of the current Tonkin auto dealership. In the 1980’s it had moved to the Shopping center where the current Fred Meyer store is. In the later 1980’s Dr. Derr moved the clinic to it’s current location when the old mall was transformed into the current Fred Meyer site. As his rheumatoid arthritis worsened he decreased practice and eventually sold the practice to his friend Dr. Les Perry in 1997. Doctor Dahlquist took over in 1999.